On average, mobile users have 80 applications on their devices installed and use at least 40 of them per month. With the Covid-19 outbreak, it has become ever more important for innovators to step up to create more digital solutions  such as smartphone applications to help the people and the economy.

The easiest way for a company to improve its current business and offer it a digital advantage is with a smartphone app. Since research has consistently demonstrated that organizations that have a smartphone app better engage consumers and see greater sales.

It has become ever more important for innovators like you to step up to develop more digital ways to benefit citizens and the economy, such as smartphone applications.

When Google revealed Kotlin for Android development as a 100% first-class language, software developers worldwide were delighted.

To make things much better, Kotlin takes the best of Java and goes a little further. Its simplicity of usage and configuration is one of the aspects software developers enjoy the most about Kotlin. It is free to download and runs on every platform and is open source. In addition , it supports almost all environments for development.

If you have any of your code already written in Java, you might just as easily use Kotlin for other parts of your project, without impacting any variables, thanks to its being totally interoperable with Java.

As you begin your journey into coding languages for applications, the documentation for Kotlin is incredibly simple, comprehensive and enjoyable, making for a great learning experience.

With some renowned experts regularly available on GitHub and other platforms, the Kotlin group is a wide and vibrant one, happy to address any questions from other developers. 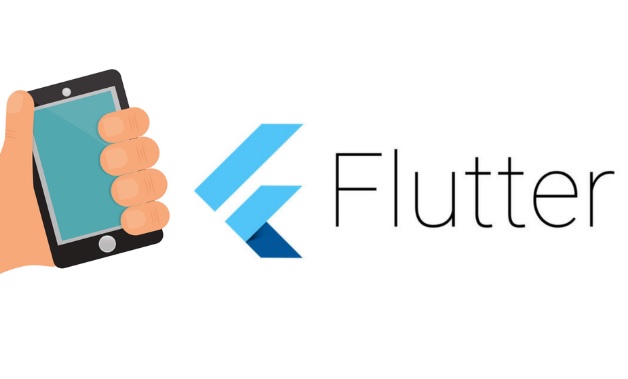 Flutter, built as a mobile app SDK by Google, offers a fast and simple way for developers to construct rich, high-performance mobile applications that can be quickly deployed on all platforms.

Using the scripting language Dart, Flutter is basically a mobile app development framework that has a rich library of widgets and resources to help create highly visual, interactive app experiences.

Flutter creates cross-platform applications due to its rich widgets that look and sound almost as seamless as native apps. By completely leveraging code reusability, it helps quicker code writing.

This suggests that, like with all sites, you will use large parts of the code. All you do is independently apply a few distinguishing UI features to the software and with half the time and expense you will have a completely functioning cross-platform app.

Hot Reload, the opportunity to see modifications made to the code in real time as they modify the app, is one of Flutter 's winning accomplishments. And you will tweak the code to see if the modifications happen in real time whether you choose to tweak some aspect of the app, make it look, sound, or function differently.

Since the code base for both platforms is smaller and the same, Flutter requires far less testing than its native counterparts.

To help you build beautifully beautiful applications, Flutter not only has a rich catalog of UI widgets, but it also helps you to configure the widgets, really nailing in the rich native interface you want in a programming language used by mobile apps.

Swift saw an unprecedented growth in popularity shortly after its release in 2014 and was named the most loved programming language on Stack Overflow in 2015. Apple said back then that their goal for Swift was "absolute and utter global domination," calling it a "modest aim."

Around six years later, we can still see that Apple has achieved that target. The Apple App Store has about 500,000 games published in Swift, at least partially.

Apple's "Anyone Can Code" was the very initiative Swift developed with. Clearly, Swift is the strongest programming language if you're trying to get started with software growth.

Swift is the main programming language for iOS software for some of the best users you've heard of, including Uber , Lyft, Square and Airbnb.

Swift is the single strongest iOS programming language for those dreaming about learning to code. It is fast and simple to read, specifically created to be user-friendly. It has built-in interface characteristics that send you input in real time. It encourages you to eliminate mistakes and keep the code safe.

Swift also helps you to compose code more easily as it cuts down a variety of menial activities that usually bog down developers and turns complicated code into optimized syntax, making developers satisfied and sorted.

Another factor Swift is great for novice developers is that it provides a range of built-in resources to make it easy for you to create.

25 years on, considering all the new entrants who have made their impact, Java still remains the most popular programming language among developers. None has been able to substitute Java in an environment where modern technologies easily replaces outdated ones.

One of the key reasons why Java is the first choice of all software developers is that it is really simple to learn and get started with, and it also provides wide-reaching community outreach that is an important boost to new developers.

Java has been used to create some of the best Android applications, including Spotify, Twitter and, of course, the Android Operating System.

With the Android OS itself being created in Java, if you learn Java, you will be able to quickly create all Android applications. Some of Java 's top functionality include:

React Native started off on Facebook as an internal hackathon project, and it turned out to be so successful that it became one of the strongest coding languages that could create applications that worked on any platform.

That's correct, applications that don't need to be developed separately for Android and iOS are cross-platform apps. So you can make only one app and launch it on all channels, cut your production work in half, and double your reach.

React Native is a versatile programming language that is not restricted to any one framework that is used for software creation. It has been used to build widely common applications such as Uber and Airbnb. React Native is the future of hybrid applications for different purposes.

React Native helps developers to write code parts and reuse them on multiple platforms. They will quickly adjust the code for the respective platforms by stylizing elements and describing the finer nuances after implementing the code.

React Native already has a range of pre-built items in an open-source repository, in addition to technology reusability. This implies that you can conveniently use modules already generated by others created and uploaded to the library, enabling a great deal of speed of creation.

A simpler UI with a rather well sorted implementation order is provided by React Native. This allows Respond Native-built apps quicker, more open, faster to install, and simpler to use. A variety of React Native libraries that are provided just ease the task.

The third-party plugin help is another big value React Native brings. Then you don't have to create a calendar from scratch if your e-commerce app requires calendar support. React Native helps you to scan for a pre-built calendar (there are many) that is available for use and easily incorporate it into your app.

React Native is particularly well adapted to software creation by modular design, live and hot reloading, declarative coding style, and a range of other capabilities.

Rich group support and impeccable documentation render all of this much more worthwhile. All-in-all, Respond Native is a great mobile programming language if you are trying to jump on board easily and create a cross-platform app that is quicker, cheaper and yet awesome.

Royex Technologies is the leading Website development and Mobile App Development Company in Dubai. Our expert mobile app developers in Dubai are committed to providing cost-effective mobile app solutions that generate more revenue for our clients. We have developed over 50 mobile apps of all kinds so we have the skill and expertise to deliver you a quality finished product that will grow your business. For more information please visit our website at www.royex.ae or call us now at +971566027916

This new Web is rapidly evolving into a more dynamic and rapidly changing environment, in which the democratization of action and knowledge may accel...

How To Develop A Cloud Kitchen Platform Like Kitop...

Cloud kitchen platforms are on-demand in Dubai as they are low-cost to start, optimized with a fast delivery experience, low overhead, highly custome...

A major component of effective product design is a mobile-first design. Designers may focus on the essential functionalities of their product by desi...

Ecommerce Trends That Will Shape The Ecommerce Ind...

UAE and Dubai have become a hub for ecommerce. The dependency on online shopping increased with the pandemic. From the reports, the apparel and footw...

2021 was a great year for us. We have done lots of great things with many remarkable achievements. In this article, we are going to talk about our ac...