We live in a world  where internet rules every corner of our lives.Many of us skim throughout the day,or switch between multiple devices phones, smart watches, tablets, etc.Flutter on this emerging world where it focuses to move away from any individual devices and let you to use your services in any devices wherever you need them.

Flutter helps you to choose any device or environment instead of being  asked "what device are you using or targeting?" Flutter a Google’s SDK, wants us to be able to use any device, environment or help us address the available market.

• Foundation Library: Developed in Dart Language, provides a base layer of functionality for apps and is used by all layers of the flutter framework.

• Widgets: These are the Basic building blocks similar to native android or native iOS for UI. 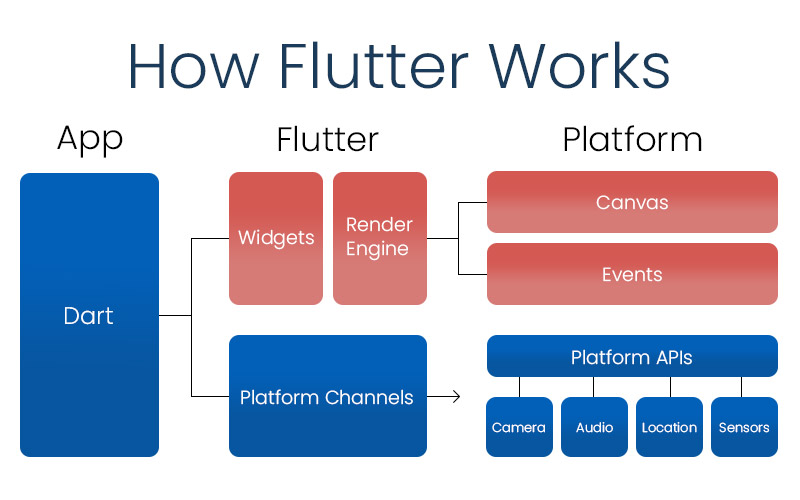 Why to choose Flutter for app development ?

Flutter means faster and more powerful mobile app development. We can make changes to the code and see them right away in the app! This is called Hot reload, which usually takes seconds (milli) and helps developers add features, fix bugs and quickly try.

2. One Code for Both Android and iOS:

Developers write just one code for your 2 apps - including Android and iOSplatforms. Flutter is not dependent on the platform, because it has its widgets and designs.

If you have the same app for both android and iOS it means less testing! The Quality Assurance process can be incredibly fast.

Flutter application works smoothly, fastly so that no hanging and cutting while scrolling.

5. Application UIs which your users will love:

It is easy to create your own widget or customization on existing widgets.

6. The same application UI can be used on Older Devices:

Your new app will look the same, even on old versions of Android devices and iOS devices. No need to spend additional cost for using older devices. Flutter runs on old devices like Android Jelly Bean or newer, as well as old ios devices like iOS 8 or newer.

A few cases where it is worth considering whether Flutter would be the right solution:

They need to be small and Flutter apps even after optimization – are bigger than native applications. The edge varies from just a few to 20 megabytes, based on whether it is a releasing state or development build state. Note that Google allows apps of max. 10MB.

2. Applications that communicate with any hardware via Bluetooth: 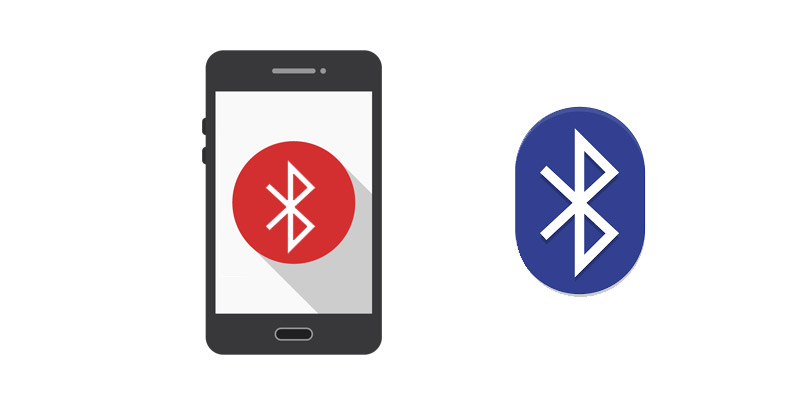 If you want to develop an application which uses device’s bluetooth we can use Flutter, you can:

■ Develop native apps for two platforms using these features and then add them to the Flutter app using platform channels. In this case, it will save your time more than if you would develop two 100% native applications on two platforms.

■ Develop using an existing Bluetooth plugin for Flutter – e.g.– FlutterBlue, So that we get these features for both platforms at the same time.

If in the development of your app, you may need to use some native libraries which are not already available in the Flutter repository , it may be possible but it will be difficult. Developers will be required to to implement the custom platform channels by themselves – separately for both platforms. This may take some time. 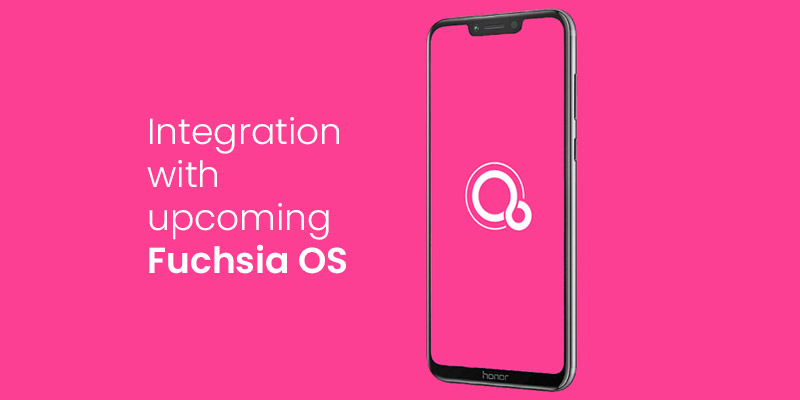 Google will probably start focusing more on Fuchsia instead of Android over time So it's highly likely that using Flutter upgrades can keep your business ready for Fuchsia whenever it enters the market.

1. Flutter only works on mobile applications and is not supported by web browsers.

2. Flutter is not designed for high device flexibility. The Flutter is new which its library range is limited, so developers need to build these libraries themselves, which is quite tedious.

Why Royex for Flutter Apps Development?

Royex is embracing the newest technology in development. Flutter is the latest hybrid app development technology and we can deliver cost-effective, high-performance flatter applications on both Android and iOS platforms. We have a team dedicated to the development of the flutter mobile app. The combination of dedication, craftsmanship and skill sets that make our developers such connectors of cutting-edge technology and development. We put in the best effort to produce the best solutions.

If you are planning on developing a mobile app with flutter by a team of dedicated professionals, then you can call on +971566027916 or email us at info@royex.net

Web Design Dubai: How To Choose The Best Website D...

Nowadays, the entire world is increasingly going online. Many are now forced to operate primarily online due to the lockdown and the coronavirus. A w...

Metavization - Transforming Your Business Into The...

Transforming your brick-and-mortar and online business into the Metaverse is called Metavization. We, Royex Technologies, will help an easy and smoot...

7 Best Practices For Mobile UX Design You Should F...

Nowadays, to cope with the latest mobile technology & latest design trend, UX designers are challenged to incorporate many innovative features on a s...

10 Steps To Take Before Launching Your Mobile App

Every app owner has to take some important marketing and other additional steps before the app launch. These steps can be different for different typ...

On Wednesday, 29th June 2022, Royex Technologies organized the ‘Experience The Metaverse’ event in the Rove Downtown Hotel, Dubai. There were 45 atte...

How To Build An Employee Communication App

Employee communication apps can work as a strong & effective platform to centralize employees' information, and build an employee management workflow...